The IBPS PO official notification has already been released by IBPS. Probationary Officer (PO) is the most sought-after job as it provides the assistant bank manager position in public sector banks. The PO position is not only very reputed but it also has its own perks and allowances. To become an IBPS PO the aspiring candidate must apply and succeed in achieving all the IBPS PO Cut Off Marks in the IBPS PO Exams and Interview. The aspirants of the IBPS PO exam must be very curious to know about the IBPS PO Salary Structure and allowances provided to them. Here it is also mentioned about the salary structure in the upcoming 2 to 6 years. Bank employees’ salaries revision occurs based on bipartite settlement.

The basic pay of an IBPS PO is the most attractive part of the IBPS PO position. Apart from the basic pay an IBPS PO also gets benefits like leased accommodation, travel allowances, medical aid, newspaper reimbursements, etc.

Other allowances include the following: –

Furthermore, the POs will get an annual increment of Rs.980 for 7 years which will lead to the following:

To view, the IBPS PO Cut off marks click here

Other higher rank officer’s promotion is listed below:

The IBPS PO position has its perks which are as follows: –

According to the wage revision, 11th Bipartite has settled a 15% increase in the basic pay of an IBPS PO Salary. Expected hike in wages after the permission of the Indian Bank’s Association (IBA):

Well defined career options are provided by the various banks for all officers. Performance plays a crucial role in getting a promotion. Hard-working and knowledgeable employees will be posted in higher ranks in a very short period. In the public sector banks, also have the opportunity of growing abroad. Many banks also have their branches out of India. In 14 years, the General Manager’s post is reached by most of the bank’s officers. Preceding that is the post of the executive director or chairman of a bank which is the topmost post decided by the govt.

In various banks the IBPS PO Roles and Responsibilities are as follows:

One of the best white-collar jobs in the country is the position of an IBPS PO. It has huge competition as it is a govt. job and provides great salary and growth opportunities along with reputation. It provides a scope to learn a huge variety of things. So, the entrants must be well prepared for the IBPS PO exams and interview. They should also be aware of the cut off marks which will help them to secure their aim.

What are the different stages of the IBPS PO Exam?

The different stages of the IBPS PO Exam are preliminary, Mains and Interview.

Is there any promotional policy in the IBPS PO Exam?

Yes, the candidates can get a promotion to the Trainee Officer cadre using the different promotional exam.

Which are the best allowances given to the candidates selected for the IBPS PO exam?

What is the IBPS PO Salary structure?

According to the IBPS PO salary structure, there is a basic pay of Rs 37068 along with Dearness Allowance, HRA, Petrol Allowance, Special allowance, PF contribution fund, Telephone bill reimbursement etc. In addition to this, the candidates will also get a very good promotion offer for senior-level posts. 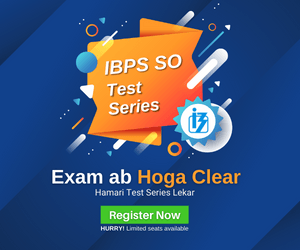 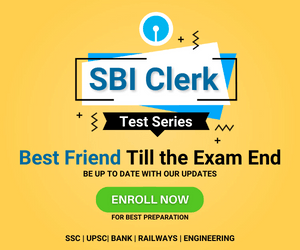