How RRB NTPC Cut Off Marks is determined?

The RRB NTPC Cut Off Marks in the minimum qualifying marks that candidates need to score to get qualified to clear a phase of an exam. Based on which the final merit list is declared. The score obtained by the candidates is then is normalized and cut off marks are calculated for RRB NTPC Exam. Cut off Marks also depend on certain factors.

Let’s check them out:

We can call the marks obtained by a candidate in each phase of the exam the raw score. However, there will be multiple papers in the exam. If the candidate has obtained 84, 70 and 65 in Paper I, Paper-II and Paper III there will an average score obtained by combining scores of all three papers. The calculation goes this way:

RRB NTPC exam being conducted in various batches and difficulty levels the scores, therefore, need to be normalized. The average score may vary for each batch hence normalization of the score is required.

The reference of cut off marks is very important because that will be the factor to decide the final merit list for RRB NTPC. According to the official RRB NTPC Notification, there is the exam dates have not been released yet but very soon they will be released. candidates should start following the RRB NTPC Exam Pattern and study according to RRB NTPC Syllabus as soon as possible.

Let’s walk you through some info about the RRB NTPC exam:

However, let’s have a look for tentative cut off marks for the year 2021:

The above table shows the tentative cut off marks expected as per the categories and reservations provided to them for 2021. However, the final cut off marks per region will be divulged only after the exam is being conducted. Now let’s have a look into the previous year’s cut off marks:

CBT I- Cut Off Marks:

The factors determining RRB NTPC Cut Off Marks are a little complicated however as you can already find tentative cut off marks for the 2021 exam you can have an idea about it now. The previous year’s cut off marks will also help you in making an analysis of your own. However, the main focus should be on preparing for the RRB NTPC Exam. candidates are advised to build an RRB NTPC Study Plan and study accordingly for further progress.

How many phases of the exam are considered to determine Cut Off Marks?

All phases of exams are considered to normalize score and then determine the Cut Off Marks.

Why is score normalization important?

Score normalization is important because the RRB NTPC exam has various batches with various difficulty levels. It would be difficult to conclude each batch's average score and publish a merit list if score Normalization is not done.

Why do Cut Off Marks differ for each category of candidates in various regions of RRB?

Is Document Verification also a phase that is considered in Cut Off?

Yes, the DV phase is also considered in the final Cut Off.

Is there any consideration made in Cut Off Marks for reserved category candidates?

Yes, consideration is made for the reserved category of candidates in the RRB NTPC exam. 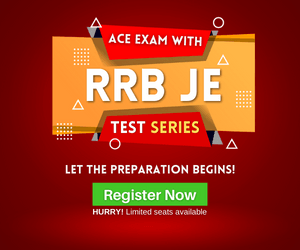